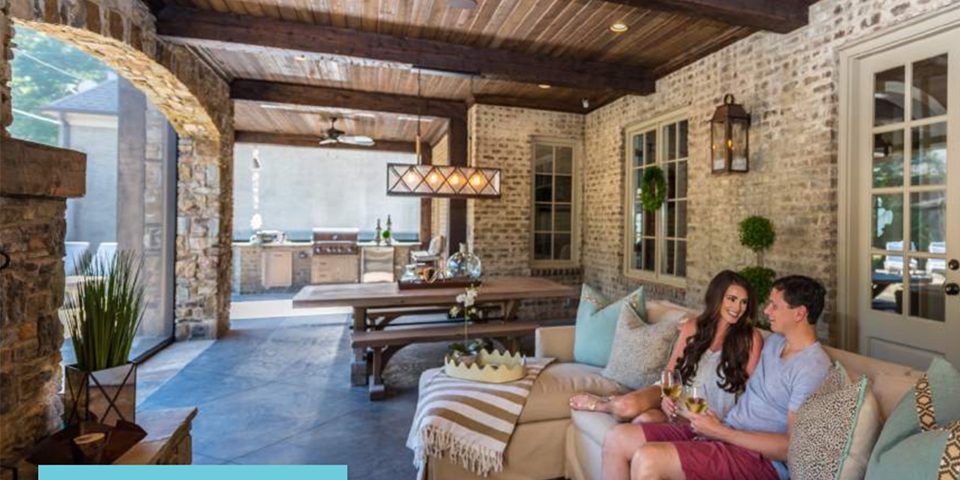 Story by Holli Weatherington | Photos by Mike Boatman
Cooking dinner, entertaining guests, watching the big game, swimming and hot tubbing, warming up by the fire on a chilly evening — all of this can be done in the backyard of Patrick and Darby Toy. “The plan was always to renovate the back,” Darby said. “When we bought it, it was bare in the backyard. Initially, we knew we wanted to do an outdoor entertaining space and then after we got some plans on paper, we wanted to do the pool as well.” They bought the East Memphis home in May 2013. Their space was tight but Tim Disalvo Co., (who did the entire renovation and was the original builder of the home in 2006) worked out the ideal configuration. The Toys were able to break ground in June 2014 and the project was completed three months later. Backyard….